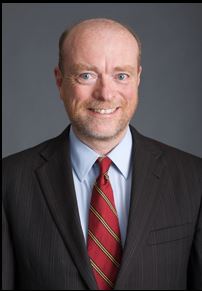 In the heart of the nation's capital, steps away from the Capitol and the Supreme Court, lies Georgetown Law, one of the most highly regarded law schools in the United States. Georgetown Law boasts one of the largest full-time faculties worldwide, and its clinics are continually among the top ranked in the nation.

Since 2010, William M. Treanor has served as Dean and Executive Vice President of Georgetown University Law Center. In 2015, he was appointed to his second 5-year term as Dean. Since coming to Georgetown Law, Dean Treanor has increased experiential offerings for law students from 450 seats to nearly 2,000, and he has doubled the financial aid available to students. Since Treanor took the helm, Georgetown experienced the most successful fundraising endeavor in its history, raising over $27.5 million in 2016.

He has been named by National Jurist among the most influential people in legal education, not just once, but four times. He is considered to be one of the ten most-cited legal history scholars in the United States, and he was recognized by National Law Journal as a "Champion" for "uph[olding] the profession’s core values." He is also recognized for his efforts to raise mental health awareness among law students.

We are grateful to Dean Treanor for taking the time to respond to our questions about legal education and the evolving legal profession.

The biggest challenge facing new law students is getting a first law job that will set them on the legal path that is right for them. It is important not just to get a job, but to get a job that is consistent with what you value. The legal market today is a challenging one, but, when I talk to students, I always highlight, not just finding a first job, but the importance of thinking through what they value and the trade-offs involved in their employment decision, as they think about paying off students debts, seeking financial security, pursuing work they find meaningful, growing as a professional, and leaving time for family and friends. It is a complicated subject and coming up with the best answer for you as an individual is the biggest challenge new law students face.

The legal market has changed dramatically since the financial market collapse in 2008 and, because of technology, the changes will continue. The biggest challenge I face is trying to ensure that students have the opportunities at the law school that will prepare them to flourish in this new market and find work that is fulfilling for them.

The areas of the law that will witness the greatest growth are those shaped by technology, such as cybersecurity and data privacy.

It is dramatically different. It is much more experiential, with a focus on clinics, practical, and externships. It is more interdisciplinary. At Georgetown, for example, we are increasingly developing courses that are similar to those taught in business school and public policy school and are also developing courses in which technology plays a central role (like coding for lawyers or designing aps that do legal analysis). We also have more courses in subjects such as philosophy, economics, and history, which are essential for understanding law holistically. Finally, we try to teach students competencies that are crucial for success as a lawyer but that weren't taught when I was in law school - subjects like leadership, negotiation, and strategic thinking.

The Fourth Amendment, written and ratified in the eighteenth century, is now being interpreted in a world in which technological changes have made possible types of surveillance and a level of scrutiny that was unimaginable two hundred years ago, and a critical issue for criminal defense is how the amendment is applied in light of new technology. For example, third parties have information about virtually everyone that the founders could not have imagined. Think about, for example, the tracking data that smartphones convey to the phone company; the company has information about precisely where you travel and when. Amazon's Kindle knows not only what you read, but the last page you read. The next major case for the Supreme Court in this area is Carpenter v United States, which will be decided this Term and involves the question whether the Government can obtain cellphone location records without a search warrant. The Court will continue to grapple with the challenges technology poses to Fourth Amendment interpretation in the years ahead, and the way it resolves these questions will be of critical significance for criminal defense, and for our society.

The United States today, obviously, is deeply divided and politicized, and there is widespread suspicion of decisions by government actors. In that context, the crucial challenge for the Court will be to retain respect for the integrity of its decision-making. While that might not be a "legal" challenge in a narrow sense, it is a "legal" challenge in the most fundamental way because it involves the question whether our society will continue to be governed by faith in the rule of law.

While I am glad that I became an academic and a law school administrator, I loved practicing law, and there are different aspects of different legal jobs that I miss a great deal. Two stand out for me.

Although I did only a limited amount of trial work, I found it fascinating to try cases. A trial attorney has to be in the moment throughout the trial - to focus very carefully on next steps and think through the consequences of every question asked a witness and every answer. The drama involved in these decisions is profound, and it is why so much of our literature and so many movies and tv shows center on trials. There is a level of challenge and focus in being a trial attorney that is unique and compelling.

My favorite law job (outside of academia) was working in the Department of Justice's Office of Legal Counsel. The principal job of the office is to advise the Attorney General on what the "right" answer is on a host of difficult legal questions. It was a privilege to be part of an office where the issues were so important and where the basis of decision making was not politics, but deference to the rule of law and respect for principles of constitutional governance.

James Madison, Gouverneur Morris, and James Wilson, the three dominant figures at the Philadelphia convention that drafted the Constitution.

The focus of my scholarship is the original understanding of the Constitution, and this is, obviously, a subject that fascinates me. It would be extraordinary to talk to the drafters about what their goals were, how the Constitution evolved during the deliberations in Philadelphia, how they understood the document they wrote, and how they would view the way it it interpreted today. Madison is, of course, famous as the most important drafter, and scholars in recent years have started to highlight Wilson's contributions as as important as Madison's. Wilson was a strong nationalist and also a strong voice for democratic decision making. Morris is almost completely forgotten, but he was, in my view, the next most important drafter after Madison and Wilson. He actually spoke more than anyone else at the convention. He was both the most eloquent speaker and the funniest, and he gave the most powerful speech during the course of the convention: at a time when virtually everyone from the North tried to avoid slavery, he forcefully denounced it as immoral. And, as the drafter on the Committee of Style, Morris actually wrote the Constitution and made changes to the text that have proven consequential for more than 200 years. It would be remarkable to have the opportunity to listen to the three of them talk about the Constitution.

To Kill a Mockingbird. The recent publication of Go Set a Watchman suggests a disillusioning view of Atticus Finch, but To Kill A Mockingbird will always be a very important movie (and book) for me: it is a powerful statement of the importance of what lawyers can do and of the need to fight for what is right and just, even when the fight is unpopular. The movie helped inspire me to become a lawyer.