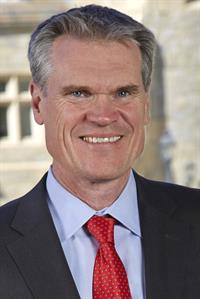 Founded in 1921 as the Hartford College of Law, the UConn School of Law has become one of the leading law schools in the nation. Listed on the National Register of Historic Places, UConn Law is considered one of the most beautiful law schools in the United States, and it boasts the largest law library in the world, listed as one of the 50 Most Amazing University Libraries in the world by Best Masters Programs. However, the school's facilities are only part of the allure. UConn School of Law offers a rich legal education. Opportunities include public service, first-year skills program, simulation courses, practice-based learning, individual and international externships, and 16 clinical programs. These clinical programs include the Asylum and Human Rights Clinic, the Center for Energy and Environmental Law, the Center for Children's Advocacy, Criminal Clinics, Intellectual Property and Entrepreneurship Law Clinic, Environmental Law Clinic, Mediation Clinic, U.S. Attorney's Clinic, State's Attorney Field Placement, and more.

Since 2013, Timothy Fisher has served as the 17th dean of UConn School of Law. Prior to becoming dean, he was a partner in a major law firm, having spent 35 years in private practice. He was also adjunct professor at UConn Law, and worked with the school in several capacities, including moot court judging and faculty workshop presentation. His pro bono work and numerous leadership roles show a commitment to public service. Dean Fisher's practice and publications focus on ethics, alternate dispute resolution, commercial transactions, construction law, family wealth disputes, and municipal law.

We reached out to Dean Fisher for our law dean interview series, asking him our questions about the challenges and opportunities of a legal education, and the future of the legal profession. Here is what he had to say.

While new law students may be thinking ahead to their job prospects, that is not their greatest challenge. Rather, it is handling the shock and awe of the first semester: its new method of thinking and classroom culture and the adjustment to a single summative exam. Too much rides on a student's ability to adjust to these rites of passage. For those who feel beaten or frustrated with that initial experience, a lot of emotional and intellectual energy must get expended for them to find their legs in the ensuing semesters.

The Dean is the focal point between multiple constituencies, all of whom have legitimate interests that are in tension with each other: the faculty; the students; the university administration; alumni; donors; and community stakeholders like employers and the courts. The Dean must be able to communicate to each in a way that meets their concerns but that is consistent with the mission and the strategies of the law school.

Law and all forms of IT, including cyber risk, compliance systems, patents, and data privacy.

In style not substance, reflecting cultural and macroeconomic trends. As between students and law schools, students feel more empowered because of the competition among law schools to attract them to fill empty seats. This accentuates a greater self-focus among Millennials than prevailed among earlier generations. Conversely, as between students and employers, students feel more vulnerable than in the past because of the burden of debt coupled with slower growth in law jobs. The result of these combined forces is that students seek more direct assurance that their curriculum will prepare them to get their first jobs. They are right, in part. When this causes them to lose sight of the value of broader legal education for a lifetime of learning, it is unfortunate.

Just as DNA shifted the landscape, so will technology in general. DNA proved that our conventional methods of prosecution and persuasion were profoundly flawed. But once DNA became incorporated into prosecution, it has eliminated many wrongful prosecutions and eliminated much doubt when applicable. The same will likely happen with surveillance and other technologies, which will likely improve the prosecution's ability to rule out doubt as to a defendant's whereabouts and communications. But all of these technologies will require lawyers and judges to be able to explain them to each other and to lay juries. Law school courses should help in that training.

At this moment, in Spring 2017, the most fascinating new question is presented by the rulings on the immigration executive orders. The courts are interpreting an elected official's supposedly neutral actions by imputing the motives claimed by that official in his campaign rhetoric. This may evolve into a doctrine that seeks to disadvantage demagoguery, holding that when a candidate, shielded by the First Amendment, makes claims and promises that are contrary to the Constitution, those statements will be deemed part of subsequent government action by that officer. If so, this may create a disincentive for such campaign language, and also may limit that officer's ability to carry out the intended unconstitutional goals once in office.

My friends and colleagues, of course. Beyond that, the efficiencies of having robust support systems that we cannot afford in the academy. And while I "miss" the efficiency and speed of private sector decision-making, the collaborative decision-making system in higher education is better suited for the vastly greater complexity of our systems and the greater long-term impact of our decisions.

"My Cousin Vinny." It conveys every important element of trial practice, doing so in a way that is accessible and memorable as a teaching tool. And it reminds us how easy it is to convict an innocent man.