University of Tennessee College of Law 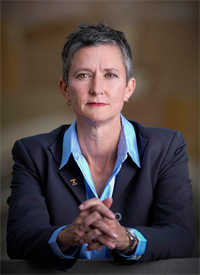 Since its opening in 1890, the University of Tennessee College of Law in Knoxville has been equipping graduate students to become professional, ethical lawyers in a variety of fields. The UT College of Law is highly ranked by a number of highly regarded legal journals and ratings providers. Its awards from these journals include being ranked 9th among public law school legal clinical programs and 10th among public law school legal writing programs (U.S. News, 2017); being ranked among the "Best U.S. Law Schools" (Princeton Review, 2016); and being ranked among "The Top 50 'Go-To' Law Schools" (National Law Journal, 2014).

Dean Melanie D. Wilson, who has served as dean of the College of Law since 2015, has a distinguished career as both a lawyer and a legal educator. Prior to becoming a legal educator, Dean Wilson clerked for a federal district court judge and was a practicing attorney in both the public and private sectors for more than a decade. She has served as an Assistant United States Attorney and as Georgia's Assistant Attorney General.

Oklahoma Legal Group was fortunate enough to speak to Dean Wilson about her perceptions of law school and the challenges facing law students and prospective lawyers, as well as receiving her insight into the future of the legal profession.

1. What is the biggest challenge facing new law students?

The challenge for new law students is two-fold. They must overcome the traditional difficulties of law school – extensive reading, Socratic questioning, and applying knowledge, as opposed to memorizing information. Also, new law students must prepare for a legal profession and, indeed, a world that is changing rapidly, especially because of technology. Electronic discovery, electronic filing, depositions and interviews via video conferencing are all commonplace today.

2. What is the single biggest challenge that you face as Dean?

Time is always short. There are not enough hours in the day, the week, or the month to give as much attention as I would like to faculty, students and staff, let alone to connect with alumni and to finish administrative tasks. As the chief academic officer, I believe that a dean needs to make time to stay personally involved in teaching and scholarship in addition to all of her administrative duties. It is incredibly difficult to find a balance among all of these interests.

3. Which areas of law do you think will experience the biggest growth in the next few years?

Law touches every part of society, so there is no way to accurately predict how society’s legal needs will evolve. Lawyers are particularly well-trained to help people solve complicated problems, whatever they might be. That said, I suspect that healthcare law will continue to be an area of growth, and we will always need competent and ethical prosecutors and defense lawyers.

4. Is teaching law now different compared to when you were a law student?

Yes. There is an increased focus on ensuring that students learn how to draft contracts, wills, legal briefs, pleadings, and engage in other professional activities that practicing lawyers perform. Law schools are no longer satisfied just to teach students to think through legal problems and to show them how to look up appropriate legal authorities. In other words, there is more concern for practical application of knowledge. There is also more focus on assessing students multiple times over the course of a single course. Traditionally, there was one extensive exam at the end of each course. Today, it’s much more common that teachers will grade students on writing assignments and give oral or written midterms.

5. How do you think technology will impact criminal defense?

The ability to video police-citizen interactions will continue to impact criminal defense matters. We’ve already seen this impact. Police have been captured on video lying about their interaction with citizens and suspects, planting Tasers, and taking other actions to cover up police wrongdoing. Those videos have resulted in the exclusion of evidence in some cases and the exoneration of individuals in others.

6. What do you think are the biggest legal challenges facing the Supreme Court?

I think the biggest challenge for the Court is not any individual case but, rather, the fact that there are only eight justices sitting to decide cases. The lack of a full Court impacts the number and type of cases they take on certiorari and, as we saw this term, has substantive implications when the Justices cannot reach a majority decision.

7. Are there any aspects of practicing law you miss due to being in education?

Absolutely. I practiced law for fifteen years before joining the academy. That is unusually long for most academics. I enjoyed many aspects of practice. I particularly miss trying cases. I was a prosecutor immediately before taking my first full-time teaching position, and I found the work very rewarding. I enjoyed witness preparation and the strategy of trial. I enjoyed the opportunity to talk to juries and the challenge of preparing an effective direct examination or executing an effective cross examination. It was fast-paced and exciting.

8. If you could invite any three legal or government identities (living or dead, real or fictitious) to a meal, whom would you invite?

What would such a meal be without Atticus Finch, now a more controversial figure after Go Set a Watchman? And, I would definitely invite Supreme Court Justices Thurgood Marshall and Sonia Sotomayor – what amazingly accomplished people with such interesting backgrounds.

9.What is your favorite legal movie?

My Cousin Vinny – there are ethics tips, evidentiary tips, and fashion tips all in one movie. What’s not to like?