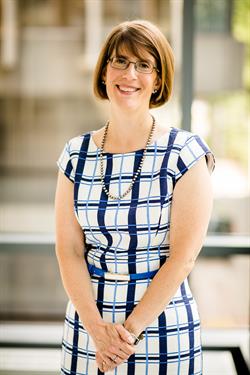 Founded in 1872, Boston University School of Law was one of the nation's first law schools at a time when most attorneys learned the trade through apprenticeship, rather than formal legal education. From its inception, Boston University School of Law has offered diversity, accepting women and people of all races and religions at a time when other schools excluded students based on race and gender. In the 1960's, the law school became one of the first in the nation to actively recruit women as students, and today, the female student population is approximately 50 percent of law school classes.

Since 2004, Maureen A. O'Rourke has served as dean of Boston University School of Law. She is widely regarded as a premier legal educator, having attained recognition such as being named one of the 25 most influential people in legal education by The National Jurist and one of Lawdragon's 500 Leading Lawyers in America. Her areas of scholarship and interest include

We reached out to Dean O'Rourke with our questions for law deans regarding the current and future state of legal education as well as the challenges and opportunities facing legal professionals now and in the years to come.

Every student is unique and so are the challenges each one faces. For some, it is adjusting to the Socratic teaching method; for others, financial pressures; and still others, adapting to life in a new city. With that said, though, some themes recur. Chief among these, I think, is realizing that someone has to be in the bottom half of the class. Many, if not most, of our students, are accustomed to being at or near the top of their high school and college classes. This tends to obscure real differences in preparation and access to resources that help enable law school success. First year grades – and the impact they can have on future employment opportunities - can come as a rude awakening. Students, some for the first time, have to confront adversity. In the best case, they will respond with grit and determination. Indeed, many of our most successful alumni did not graduate at the top of their class!

There really isn’t one single biggest challenge. Each day brings something new! The consistent challenges are enrolling a class that is diverse in a number of ways, trying to keep student debt down, and supporting the students as they search for their first jobs after graduation and thereafter. The other big challenge is how to reconcile the demands of a rapidly changing market with an educational system that adapts very slowly (maybe for good reason). We constantly think and worry about how best to educate our students to be the lawyers of the 21st century, and there are no easy answers.

Cybersecurity and privacy law are fast-growing and inter-related fields. Every organization has to think about how it will protect its data from hacking and what its liability would be if an intruder were successful. Data aggregators and data miners have to consider what, if any, limits there are on collecting and re-selling personal information.

Intellectual property is also likely to continue to grow because new technologies, medical developments, and other creative innovations are driving the economy. Finally, compliance is another field that is growing rapidly because of the complex financial, tax, and other government regulations that most industries have to meet.

No and yes. The focus on legal theory, doctrine, analysis, research, and writing are, I think, timeless aspects of law schools, but methods of teaching in these areas have changed. Professors have more varied teaching styles than I remember and are making use of technology in ways that weren’t even thought of when I was a student. Many more professors are trying to bring practice problems into the classroom even in non-clinical courses. They are also more actively encouraging interdisciplinary work, supplementing their law courses with insights from across the liberal arts as well as the hard sciences.

We have only begun to scratch the surface of all the ways in which technology can affect a criminal case. In a case in Wisconsin, for example, a software product calculated a risk assessment that the court ostensibly used to help it decide the defendant’s sentence. As software, including artificial intelligence, increases in sophistication, we will need to consider how to adapt in all cases, not only in criminal cases.

The biggest challenges facing the court are likely those around voting rights as well as the legacy of the Citizens United case. The Court will likely also be making important decisions in affirmative action and health law as well as in cases challenging the limits of executive and agency power.

Honestly, not that much. I do sometimes miss the speed of decisionmaking. Clients tend to take advice and make decisions. They can’t afford to talk endlessly about any given topic. Sometimes in academia, we repeat the same conversations over and over. That is not necessarily bad because process is often as important or even more important than the decision itself – it’s just different. Otherwise, practicing law and teaching it are not so dissimilar. In both instances, you are trying to explain clearly what the law is and what the implications of alternative causes of action are.

To Kill a Mockingbird. I liked The Untouchables with Kevin Costner, Sean Connery and Andy Garcia (although it’s a little bloody), and that might count as a legal film because they eventually convicted Al Capone on tax evasion. For fluffy legal films, I liked The Firm, My Cousin Vinny, and Legally Blonde (the first one).