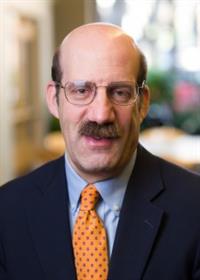 Mitchell Hamline School of Law is an autonomous non-profit institution affiliated with Hamline University in St. Paul, Minnesota. For more than 100 years, Mitchell Hamline has prided itself on being a "forward-thinking" practiced-based law school program, and its part-time on-campus/online hybrid J.D. program is the first and only program of its kind at an ABA-approved law school.

Between earning his master's degree at Columbia University School of International Affairs and his juris doctor at Harvard, he served the

Governor of New York’s office as assistant to the secretary to the governor and executive chamber staff.

We reached out to Dean Gordon, asking him to participate in our law dean interview series, and we appreciate him taking the time to respond to our questions.

I don’t know that there is a single answer to this question as different students face different challenges. If I were to generalize, however, I would say that the biggest challenge facing new law students is resisting the temptation to specialize too quickly. One of the great things about a J.D. is that it is incredibly versatile. Students can use it to become attorneys in so many practice areas, but they can also use it to become business people, government officials, community leaders, and so much more. There is a great deal of exploration that should go on in law school, and students sometimes feel like they are under incredible pressure to make decisions. My goal is for our students at Mitchell Hamline School of Law to graduate with many more options than they came in with, not with just a few.

My single biggest challenge as dean is helping to create a culture that embraces change. Legal practice has changed and is changing in fundamental ways, yet legal education is changing at a much slower pace. I am blessed with a faculty at MHSL that is incredibly innovative and open to change, yet fundamental change tends not to come easily to institutions of higher education.

There will probably be some area of the law that doesn’t even exist yet that will experience the biggest growth.

On a certain level, teaching law has changed dramatically since I was a first-year student 30 years ago. Look, for example, at the growth of clinical programs, hands-on practical experiences, legal writing, etc. However, on a more fundamental level, I think that the basic approach to law school would still be recognizable to Christopher Columbus Langdell, who developed our case-book type of university-based legal education back in the 19th century. So, a number of things have changed above the waterline, but the mass of the iceberg has been remarkably stable.

I am no expert in criminal defense, but my guess is that technology will make it easier and easier to pinpoint exactly where someone was at a specific time. It is also helping jurors realize how imperfect eyewitness testimony can be.

In my opinion, the biggest challenge facing the Supreme Court is the maintenance of the rule of law and fortifying our democracy given the incredibly destructive ways that Trump is threatening our fundamental institutions. (Of course, I am speaking for myself as an individual here!) I also believe that the way the Court reacts to political gerrymandering has the potential to either strengthen or undercut our democracy at its core.

Honestly, I do not miss practicing law at all. I went to law school with no intention of actually practicing law, and my experience in the practice showed me that, for me, the practice of law is not the best route to fulfillment and happiness (lucrative though it may have proven to be).

This is a really tough question. I would love to have dinner with people who evinced the ability to transcend the societies and the structures into which they were born and who, of course, had a strong moral core that propelled them. In this regard, people like Nelson Mandela and Vaclav Havel come to mind. Someone like Mikhail Gorbachev did not have the same moral grounding, in my opinion, but he was able to imagine a future different from the structure in which he had spent his entire career. Now you have me expanding my search to think about anyone who rose above the governing paradigm of their times, whether Darwin or Copernicus. Or how about the person who first considered the possibility of separating church from state? Or who first considered the possibility of governance through the consent of the governed rather than through a sovereign rule of divine right? I suppose I have taken our dinner and expanded it into a banquet.

Witness for the Prosecution. My wife and I are moving into a new house, and we are thinking about having occasional movie nights for Mitchell Hamline students. That is going to be the first offering.